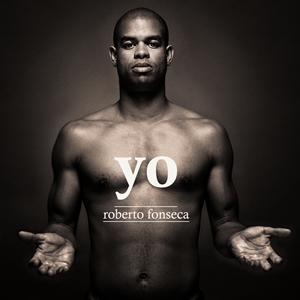 On 16th December Roberto Fonseca published exclusively on his Facebook page, the front cover of his new album YO. This highly awaited new project from the Cuban pianist embodies the diversity of all the musical worlds that Fonseca loves, moving from traditional Cuban rhythms to retro-futuristic groove. Armed with a collection of pianos and keyboards, Roberto pulls on a cast of musicians from Africa, Brazil and Cuba, and also the American producer Count. Count has coproduced a number of the album tracks and has also remixed the songs Bibisa and 80’s. The British DJ Gilles Peterson has also coproduced two tracks, Mi negra Ave Maria and El Soñador está cansado. The album  will be released in UK on 19th March and the rest of Europe on 17th April by Jazz Village /Harmonia Mundi.